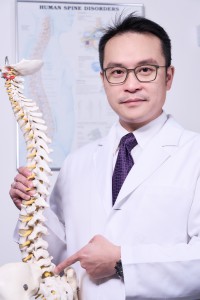 Dr. Joseph K.C. Wong, D.C, F.I.C.P.A. (CC000085), received his Honors Bachelor of Science degree at the University of Toronto, Canada. He majored in Molecular Genetics and Molecular Biology.  After earning his first degree, he decided to continue his study, not in Medical Genetics, but in Chiropractic Medicine. Chiropractic is a hands-on health care profession and a chiropractor does not use drugs or performs surgery to treat people with musculoskeletal problems. He entered the Southern California University of Health Sciences, Los Angeles College of Chiropractic in September, 2001.  After 4 years of hard work, he became a Doctor of Chiropractic in April 2005.  After obtaining his degree, he continued in his post graduate study in Pediatric Chiropractic.  He earned his F.I.C.P.A. (Fellow International Chiropractic Pediatric Association) at the end of 2005. Dr. Joseph came back to Hong Kong after graduation because he knew that people in Hong Kong need to know the benefits of Chiropractic care.  He opened his own Chiropractic clinic in 2007.  Dr. Joseph continues to provide free seminars and health talks to promote chiropractic and the awareness of a good spine and good posture to everyone in Hong Kong.